Learning the Basics of Call Bridge 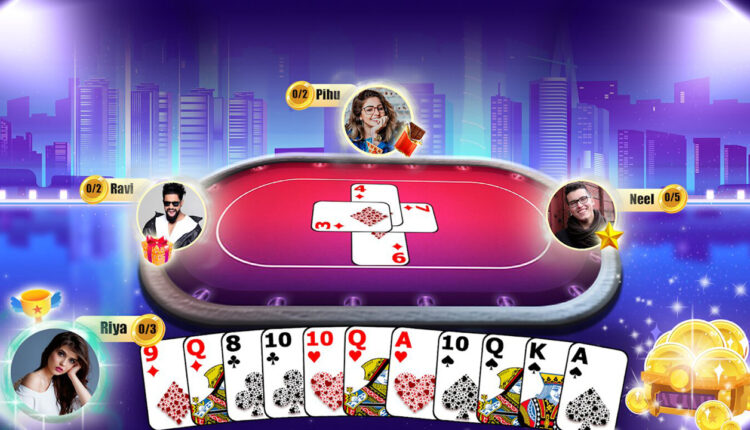 Call Bridge, also known as Call Break, is a game of tricks, trumps and bidding which is popular in Bangladesh, India and Nepal. It seems to be related to the North American game Spades. The rules vary from place to place, and several of these alternatives are described in the variations section.

This game is normally played by 4 people using a standard international 52-card pack. The cards of each suit rank from high to low A-K-Q-J-10-9-8-7-6-5-4-3-2. Spades are permanent trumps: any card of the Spade suit beats any card of any other suit. Deal and play are counter-clockwise.

Any Whist player may deal first: subsequently the turn to deal passes to the right. The dealer deals out all the cards, one at a time, face down, so that each player has 13 cards. The players pick up their cards and look at them.

Starting with the player to dealer’s right, and continuing counter-clockwise round the table, ending with the dealer, each player calls a number, which must be at least 2. (The maximum sensible call is 12.) This call represents the number of tricks which the player undertakes to win. In this game the tricks bid are known as “calls”.

The player to dealer’s right leads to the first trick, and subsequently the winner of each trick leads to the next. Any card may be led, and the other three players must follow suit if they can. A player who cannot follow suit must trump with a spade, provided that this spade is high enough to beat any spades already in the trick. A player who has no cards of the suit led and no spades high enough to head the trick may play any card.

A player who is able to play a card of the suit that was led is not obliged to head the trick. This also applies when spades are led: players may play higher or lower spades as they wish.

A player who has no cards of a suit is said to be “off” that suit. If is off the suit that was led, and there are no spades in the trick yet, the player must play a spade if possible. If there is already a spade in the trick, the player who is “off” the led suit must play a higher spade if possible. If the player only has lower spades, he or she can “waste” one of these spades to avoid taking an unwanted trick later, or can throw a card of another suit Whist.

Calls of 8 tricks or more are bonus calls. A player who calls 8 or more scores 13 points (instead of the amount of the call) if successful. If unsuccessful, the amount of the call is subtracted as usual. So for example a player who calls 9 scores +13 for 9 or 10 tricks, but -9 for 11 or more tricks or 8 or fewer. There is no fixed end to the game. Players continue for as long as they wish, and when the game ends the player with the highest score is the winner.

The problem with versions in which there is no penalty for winning too many tricks is that it encourages players to “hide calls” – that is, play safe by calling fewer tricks than they will probably win. Players who are well ahead in the scoring may do this to preserve their position. As a way to prevent excessive “hiding”, some play that the calls of the four players must add up to at least 10 for play to continue. If the calls of the four players add up to 9 or less, the cards are reshuffled and dealt again by the same dealer. Some play that the score for a successful “bonus call” of 8 or more is 16 points rather than 10. Some play that a game consists of exactly five deals, and the end of which the player with the highest cumulative score is declared the winner. Sometimes a longer game of 10 deals is played with Whist.

11 Qualities to Look for in an Elopement Photographer

Crypto Games: Which One Is The Best?

7 Factors To Consider When Choosing A Halal Restaurant

Crypto Games: Which One Is The Best?

How to Generate Quality Designs for Your CNC Woodshop

10 Things to Consider Before Investing in A CNC Machine